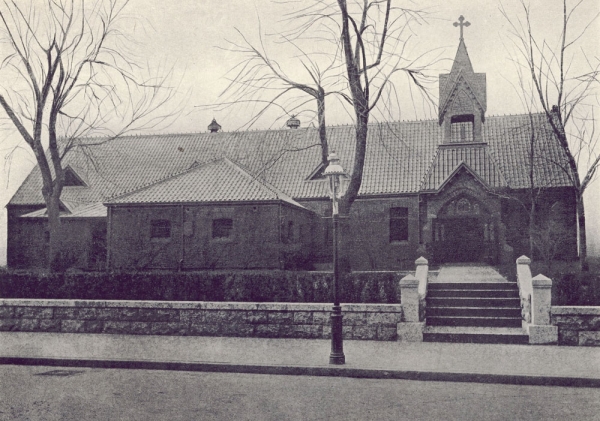 Two of the oldest parishes in New York City come together to form a new creation...

Christ & Saint Stephen’s Church is comprised of two of the oldest parishes in the City of New York.

The inaugural ceremony of Saint Stephen's Church took place on Saint Stephen's Day, December 26, 1805. Situated on the corner of what is now Broome and Chrystie Streets, Saint Stephen’s was the fifth Episcopal parish in the Diocese of New York.

As the city’s population shifted uptown, The Seventh rector, the Reverend Joseph H. Price convinced his congregation to sell the poorly constructed original church building in 1866. The congregation led a nomadic existence until 1873 when Saint Stephen's merged with the Church of the Advent on West 46th Street. Over time, this location proved unsuitable as well, and in 1897 the ninth rector, the Reverend Charles Russell Treat led the parish in the purchase of a chapel on West 69th Street on Manhattan’s Upper West Side owned by the Church of the Transfiguration. The first service of Saint Stephen’s Church was held at what is now our present site on October 3, 1897. 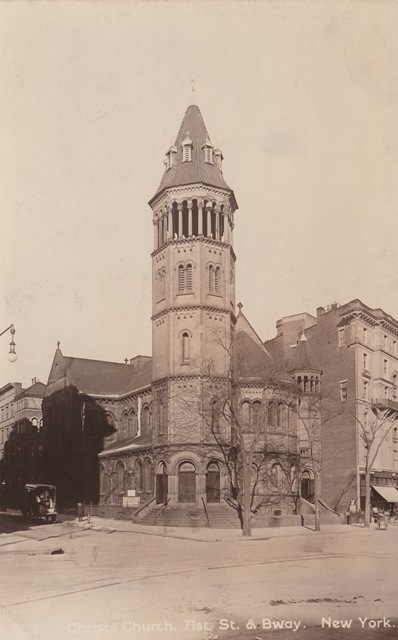 The move of Saint Stephen’s to 69th Street resulted in frictions between Saint Stephen's and its Episcopal neighbor Christ Church. This congregation, like Saint Stephen's, had migrated northward until 1890 when it settled on West 71st Street. The second Episcopal parish established in New York, in 1793, Christ Church was older and larger in size. As a consequence, they were dismayed at being one of two Episcopal churches in close proximity. After their complaint to the Standing Committee failed to remove their new, unwelcome parish neighbor, they brought a civil suit against Saint Stephen's for infringing upon parish boundaries. The suit failed and Saint Stephen's was allowed to retain its new home and its autonomy. In the boom years after the Second World War, the parish was able to retire all debt on its property and on May 7, 1953 a "public burning" of the mortgage took place -- for the first time in its history the parish was free from debt in a building of its own.

When the Rev. Joseph H. Price began his 38-year rectorship at Saint Stephen’s in 1837 he began a pattern of intermittent lengthy rectorships. Among the rectors who have devoted significant portions of their lives to Saint Stephen’s Church are Abram Hart (17 years), Nathan Seagle (43 years), and Wilson Sutton (13 years). That pattern was continued with the Reverend Joseph Zorawick who served as rector from1968 to 1996.

Like many city parish’s Saint Stephen’s grappled with social and political challenges over the years – declining church attendance and influence, social conflicts over the war in Viet Nam and the Civil Rights movement. At one point the “Middle Class” was leaving the city in droves, rents fell off from buildings Saint Stephen's owned on Broadway, maintenance costs of the church building increased, and the construction of Lincoln Center caused the displacement of hundreds within the neighborhood. As a result, the congregations of Saint Stephen's and Christ Church deteriorated, averaging fewer than 40 people each at eleven o'clock services on Sunday. 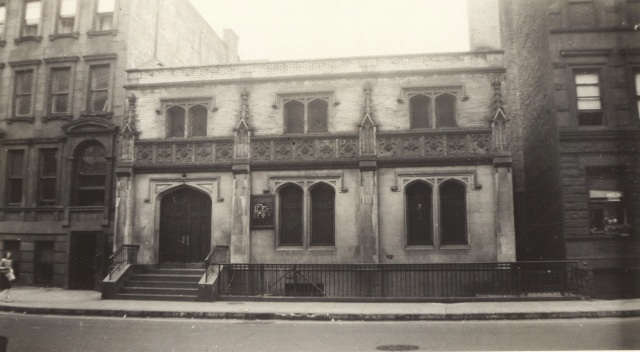 Talks were initiated to bring about a merger between the neighboring parishes with the hope that this joint effort could better serve the mission of the Episcopal Church. In 1975, the parishes merged into Christ & Saint Stephen’s Church under the leadership of Father Zorawick. With Lincoln Center’s construction, Saint Cyprian’s Church, a largely African-American parish, was displaced. Many of Saint Cyprian’s congregation joined Christ & Saint Stephen’s Church.

In the 1960s and 1970s a number of socially oriented ministries were established, including the Brown Bag Lunch Program which continues to this day, providing more than 20,000 bag lunches to hungry neighbors per year.

In July of 1998, the Rev. L. Kathleen Liles was elected the second rector of the combined parishes of Christ & Saint Stephen’s. The parish continues to operate its lunch program and participates with the overnight shelter at nearby Rutgers Presbyterian.

The American Guild of Organists' New York City Organs project tracks the history of New York City churches and their organs -- providing a synopsis of the parishes' histories:

The New York Times has often covered the activities of Saint Stephen's, Christ Church and Saint Cyprian's. Here's a sampling of articles from the Times:

For an article on the closing of Saint Cyprian's Chapel from the Episcopal Diocese of New York's Bulletin, click here.